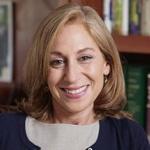 Rabbi Koffman is the Director of Content and Innovation at Park Avenue Synagogue. Previously she was the Director of Engagement and Innovation at the United Synagogue of Conservative Judaism and has also served as the Director of Congregational Support and Adult Education at Central Synagogue, the inaugural Director of Community Engagement at Bet Torah in Mt. Kisco, and the founder and Director of Mamash, a non-profit focused on increasing engagement of unaffiliated Jews. Rabbi Koffman currently serves on the Board of Moving Traditions, and has previously served on the National Board of the National Council of Jewish Women (NCJW) and was Chair of its Reproductive Health, Rights and Justice initiative and on the Pastoral Care Advisory Board of the Jewish Theological Seminary (JTS). In her prior career Rabbi Koffman co-founded and served as the Managing Director of Solera Capital – a female-owned, mission-driven private equity firm – and held senior positions at both CIBC Capital Partners and Lehman Brothers.