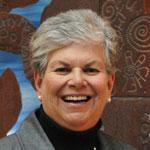 Dr. Shelley Buxbaum is a three-time graduate of the Jewish Theological Seminary, where she earned a Bachelor of Religious Education degree, a Master’s degree and PhD in Philosophies of Judaism. Along the way, she earned a BA degree from Columbia University, attended Bank Street College and participated in the first cohort of Inter-university Scholars Program at the Hebrew University. After teaching children in New York City for many years, Shelley segued into working with adults as the Director of Jewish Life and Learning at the Stamford Jewish Community Center where, among other projects, she directed and taught Derekh Torah: An Introduction to Judaism for Adults, and created the contents and programming for Traditions on Wheels, an award-winning outreach educational program for families. In 2009, she moved to Atlanta where she began her tenure as the director of the Lisa F. Brill Institute of Jewish Learning at the Marcus Jewish Community Center/ Florence Melton School. During her tenure as director, Shelley was recognized for her leadership of the Melton School and was honored to accept the prestigious Florence Melton Award for Excellence on behalf of the Brill Institute. While Shelley “officially” retired as the Institute’s director in 2017, she continues to teach Melton courses as well as courses she designs. A highlight of writing this curriculum was the opportunity to visit the Taylor-Schechter Genizah Research Unit at Cambridge University and to spend time with its director, Dr. Ben Outhwaite.