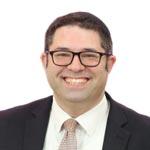 Rav Johnny Solomon is British born Jewish educator and writer. He has a BSc in Math & Religious Studies, an MA in Jewish Education, and Semicha (rabbinical ordination) from the Montefiore Kollel (London). While in London, Rav Johnny held numerous senior positions in Jewish education including Head of Judaic Studies at Immanuel College and Head of Judaic Studies at Hasmonean Girls’ School. In 2012, Rav Johnny moved to Israel with his family where he lectures at a number of institutions seminaries and works as an independent Jewish educational consultant writing and editing curricula and Jewish content for various institutions around the world. He has authored and co-authored Melton courses, including The Long Goodbye (Deuteronomy / Devarim) and Leadership Defied and Defended (Numbers / Bemidbar).