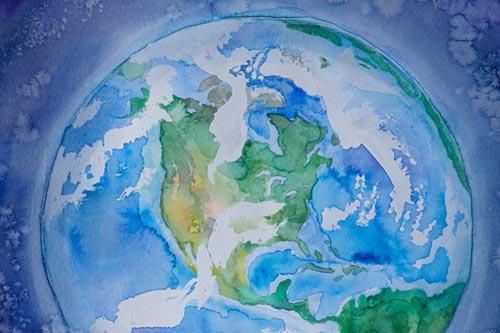 Frankly, it is a tough call.

There seems to be a debate raging throughout the world as to what’s next, what direction do we need to pursue, what kinds of leaders do we need most in our world today and into the future? What is in the best interests of humankind?

And especially at times of national elections, this tension comes to a head, as opposing candidates often take opposing sides in this debate, one selling the aspirations to save the world through a redistribution of resources and focus, and the other promising to shift attention back home, on revitalizing the nation and its economy as long overdue consideration is given to those things that have been neglected in the pursuit of “world peace.”

Nationalists seek to “begin at home,” so to say.  They see the future as one in which each nation looks out for own interests.  Of course, there is plenty of room for the exchange of ideas, trade, and business, and all of that should be done in ways that are mutually beneficial.

Globalists embrace the idea that all people matter, wherever they live, and that universal freedom and human rights can and must be fostered for all of humankind. Globalists believe that if we are going to resolve the meta-issues of  the 21st century –  like climate change, terror, the threats of the next technology disruption, or, of course, eradication of the COVID-19 pandemic and resolve to take measures to prevent the next outbreak –  then we have no choice but to make the shift away from nationalistic aspirations and toward a greater pursuit of global governance.  None of these matters can be adequately resolved if our focus is on national aspirations. World citizens might even believe in civic globalism and express willingness to forgo democracy and local accountability as we know them for the betterment of humanity.

So what is it that Judaism values more?

I believe we need not actually choose one over the other, and that from our inception as a nation, we have been destined to embrace both nationalism and globalism  – not as a compromise, but rather as an ideal.

The foundational story of the Jewish people is, as I see it, a third story.

The LORD said to Abram, “Go forth from your native land and from your father’s house to the land that I will show you. I will make of you a great nation, And I will bless you; I will make your name great…. (Genesis 12:1-2)

With these opening words to parashat Lech Lecha, Abraham leaps onto the center stage of the biblical narrative, having played only a supporting role as last week’s parashah ended. And in these few words, our protagonist is instructed to leave behind his national identity, the values and traditions of his home, and move to a new land where he will found a new, great nation, with a new national identity, destined to be known far and wide.

If nationalism is  defined as the loyalty of a people to their values, traditions, and a geographic region, then it might be understood from this passage that the descendants of Abraham – ultimately to be known as the Hebrews, and then the Jews – were to be nationalists, to first and foremost build their own utopia in their own land in service of their own interests.

But then the Torah continues,

…And you shall be a blessing. I will those who bless you and curse those that curse you; And all the families of the earth shall be themselves blessed through you.” (Genesis 12:2-4)

The dual promise here is almost paradoxical.  On the one hand, the descendants of Abraham – the nation of Israel – will enjoy special privilege and protection under God’s close watch.  The nation will grow and thrive, and any other nation who even insinuates that the seed of Abraham is undeserving will be cursed, will pay for their defamation of God’s chosen people.

On the other hand, this nation will only come into its own, will only fulfill its mission on the world stage when it’s existence brings blessing to others.  It’s raison d’être, so it would seem, is to bring blessing to the families of the earth.

It is interesting to note the Torah does not indicate that other nations of the earth should be blessed through Abraham’s descendants, but rather, other families should be blessed through the actions of this nascent nation. This is not about a treaty of normalization between two countries, between two nations. This expression is much more – it seems to express a globalist perspective that envisions families – rather than other nations – as the direct recipients of the blessings emanating from Abraham’s descendants.

As I see it, these verses teach us that God’s desire for this people is that they dwell separately, thrive nationally, and turn outward to share their blessings with every family in corner of the earth. Perhaps then the Jewish story is of a nation that is given a land, and along with it a divine promise of national protection – all for a very specific global purpose.

Might I then suggest that pride that wells up in the chest of an Israeli citizen, or for that matter, any Jew living anywhere in the world, watching the flag of Israel wave in the wind, is a pride that is not classically nationalistic in the usual sense of the word – but rather a pride in  the common mission of the Jewish people everywhere and always.

The land and the promise were given only so that the mission to the world can be realized.

P.S. If you want to watch an entertaining and though provoking TED talk on the subject, this 12-minute talk is definitely worthwhile: