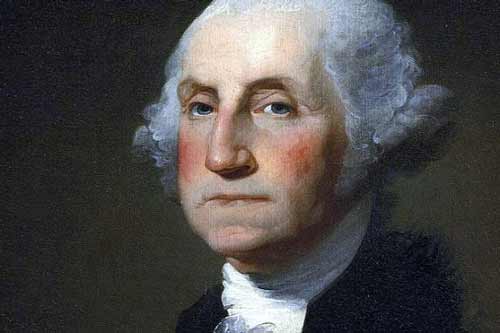 When George Augustine Washington was elected in 1789 to become the first national leader of the nascent republic of the United States of America, there was major debate as to what he should be called. In the detailed records of Tobias Lear, Washington’s personal secretary, the public deliberations manifest themselves in an intensive back-and-forth congressional  argument between the U.S. House of Representatives and the Senate.

There was considerable support in some quarters for such grandiose titles as “His Elective Majesty” and “His Mightiness”.… On 23 April the Senate appointed a committee to consider the question of titles, and over the next three weeks a disproportionate amount of the time of both the Senate and the House was devoted to the issue. “‘Excellency’ was moved for as a title … It was withdrawn … and ‘highness’ with some prefatory word, was proposed …. Now long harangues were made in favor of this title. ‘Elective’ was placed before. It was insisted that such a dignified title would add greatly to the weight and authority of the Government both at home and abroad. I declared myself totally of a different opinion; that at present it was impossible to add to the respect entertained for General Washington; that if you gave him the title of any foreign prince or potentate, a belief would follow that the manners of that prince and his modes of government would be adopted by the President. …The title question was settled, at least officially 14 May when the Senate committee reported that in its opinion it would be proper to address the president as “His Highness the President of the United States of America, and Protector of their Liberties.” Later in the day, however, the Senate compromised with the opinion of the House:

“From a decent respect for the opinion and practice of civilized nations, whether under monarchical or republican forms of government, whose custom is to annex Titles of respectability to the Office of their Chief Magistrate….the Senate have been induced to be of opinion, that it would be proper to annex a Respectable Title to the Office of President of the United States: But the Senate, Desirous of Preserving Harmony with the House of Representatives, where the practice lately observed in presenting an address to the President was without the addition of Titles, think it proper for the present to act in conformity with the practice of that House:—

Therefore Resolved, that the present address be— ‘To the President of the United States’—without addition of Title”

This fascinating debate centers around the concern that WHAT you call a leader, ultimately determines HOW that leader will lead.  If you give him a simple unassuming title like “president,” a title that had until that time been used only to describe individuals who, like a foreman or moderator, were merely tasked with presiding over meetings, then you will keep his ego and power-lust in check. Alternatively, if you choose to give him a title indicative of majesty or royalty, you run the risk of empowering that leader with an inflated sense of worth paving the way for an authoritarian monarchy, the likes of which many Americans had come to the New World to escape.

I suggest there is a third way of looking at the role and the proper place of titles.

With all of the 1789 senatorial concerns about projecting weakness upon their leader and those who would fill that office going forward through the less-than-grand title chosen by the House, in the end, they had nothing to be concerned about.  The men who assumed that role and bore that title, by and large, elevated the title itself; the terminology did not influence the reality, but rather it was the reality that molded the connotations associated with the title “president.”  (And there are around 150 counties in the world today whose leaders are addressed as president.)

When Abraham came before the Hittites in city of Hebron, in search of a burial cave for his beloved wife Sarah, he introduced himself with great humility:

“I am a resident alien among you; sell me a burial site among you, that I may remove my dead for burial.”

However, despite his modesty, the people expressed great veneration for Abraham and refused to accept him as only one of them.

“Hear us, my lord: you are the elect of God (nasi Elohim) among us. Bury your dead in the choicest of our burial places; none of us will withhold his burial place from you for burying your dead.” (Genesis 23:4-6)

Did these Canaanites know that God had elected Abraham, that God had chosen him and instructed him to found a new nation in a new land?  Was that divine election actually public knowledge?  From the simple reading of the Torah narrative, that does not seem to be the case.

However, Abraham was a great, revered leader who was recognized by those whom he encountered in Hebron to be the “elect of God.” This title was not simply bestowed upon him in light of his being chosen, something that was not public knowledge, nor did he introduce himself that way to gain favor or privilege; rather, it was a title he had earned in the eyes of others through his genuine humility and concern for the honor and preservation of others.

This was the point made by Lear above when he wrote: at present it was impossible to add to the respect entertained for General Washington.

May we be blessed with elected leaders whose leadership elevates their image, rather than the title associated with their elected position.