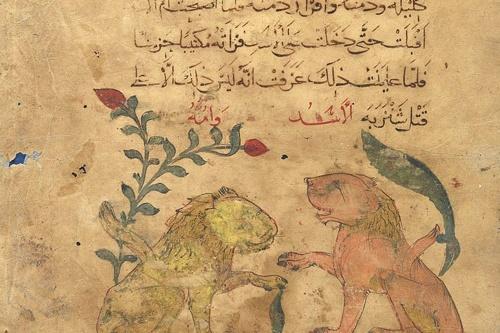 In recent years, the Cairo Genizah has captured the attention of a public eager to learn about the once-hidden medieval world of Middle Eastern and North African Jewry.  From Mark Glickman's history, Sacred Treasure of the Cairo Genizah, to Michael David Lukas's novel The Last Watchman of Old Cairo, to Michelle Paymar's feature film From Cairo to the Cloud, there is a renewed interest in this long-forgotten piece of Jewish history.

This burgeoning fascination with the medieval fragments found in the Genizah (a repository for timeworn sacred writings usually found in a synagogue attic or cellar) is sweeping the Melton community as well, with our new course, Exploring a Forgotten World: A Social History of Medieval Jewry as Revealed in the Cairo Genizah, written by Dr. Shelley Buxbaum, a long-time Melton teacher who served as Director of the Florence Melton School in Atlanta.

Our ten-lesson course which debuted in January 2020 focuses on the day-to-day lives of Jewish women, men, and families who lived along the Mediterranean more than a millennium ago.

The course explores questions including:

Throughout the course, learners are prompted to compare the lives and values of medieval Jewry to those of our contemporary society.

This course was dedicated in memory of Susan Arnovitz Salz, of Atlanta, by her daughters Dara Grant, Shauna Grosswald, and Jessica Sacks.

For information about when the course will be offered, speak to your local director or search online offerings.