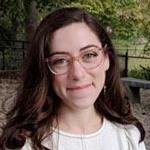 Rabbi Jade Sank Ross grew up in Kinnelon, New Jersey. She studied Anthropology and International and Global Studies at Brandeis University, during which time she sang in Company B, an oldies acapella group, was an active leader in the Hillel Theater Group, and spent a semester abroad in Nepal. After completing her undergraduate degree, Rabbi Sank Ross studied at Hebrew Union College – Jewish Institute of Religion (HUC-JIR) in New York, and was ordained as a rabbi in 2018. During her rabbinic training, Rabbi Sank Ross earned a Certificate in Jewish Education Technology at The Davidson School of the Jewish Theological Seminary, and completed a Master’s Concentration in Israel Education from the iCenter. In addition, Rabbi Sank Ross served as student rabbi at the North Fork Reform Synagogue on Long Island, and as a chaplain intern at NYU Langone Medical Center in Manhattan. Most recently, Rabbi Sank Ross served as the Assistant Rabbi and Director of Education at Congregation Emanu-El of Westchester. As a rabbi, she hopes to build a diverse, inclusive, collaborative, relational, creative, curious, and ever-evolving sacred community where each of our voices elevates us all. 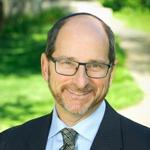 Rabbi Irwin Zeplowitz (also known as “Rabbi Z”) was born in Niagara Falls, New York. Following his schooling at the University of Toronto, he studied at Hebrew Union College — Jewish Institute of Religion (HUC-JIR) in Jerusalem, Los Angeles and Cincinnati, where he was ordained as a rabbi in 1984. In July 2003 he assumed the position of Senior Rabbi at The Community Synagogue in Port Washington, New York, a dynamic congregation of 700 families. Rabbi Zeplowitz has lectured and taught in a wide variety of advanced adult learning settings – teaching for Kolel: The Adult Centre for Liberal Jewish Learning (Toronto, Canada) and as a regular lecturer for JLearn, the Florence Melton Adult Mini-School (Long Island, New York). He spent over 20 years teaching at summer camps of the Reform movement and has taught at several adult summer retreats. He has served as a scholar in a number of synagogues, has appeared on radio and television, and has spoken in numerous community settings. He has had articles published in journals and newspapers on Jewish law, spirituality and politics, including a series on the book of Exodus for the Union for Reform Judaism website.

+1-516-883-3144
This email address is being protected from spambots. You need JavaScript enabled to view it.