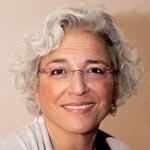 Rabbi Amy Wallk Katz first became involved with the Melton School in 1996. For 10 years Rabbi Katz taught Melton classes and developed the Department of Adult Jewish Learning in Kansas City.  In 2008, she and her family moved to Springfield MA, where she became rabbi of Temple Beth El.  For more than a decade Rabbi Katz has been the Conservative movement’s respondent for Moment Magazine’s “Ask the Rabbi” column. In addition, Rabbi Katz served on the editorial committee for Siddur Lev Shalem, the new prayer book for the Conservative Movement.