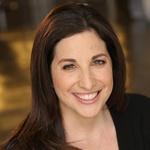 Rabbi Rachel Rudis Bovitz is the Executive Director of the Florence Melton School of Adult Jewish Learning. Prior to assuming this role, she worked as Melton’s Chief Strategy Officer. From 2007-2010, Rachel served as the founding director of Melton’s Conejo/West Valley site in Southern California which she and its founder built as a consortium of 12 synagogues, schools and community organizations. Rachel has taught as an adjunct professor of Jewish Studies at American Jewish University, been a passionate student and teacher of the spiritual practice of mussar through The Center for Contemporary Mussar, and served as the Director of Millennial Engagement at the Jewish Theological Seminary. Rachel was ordained from the Ziegler School of Rabbinic Studies at the University of Judaism (now, American Jewish University) with distinction in Talmud.